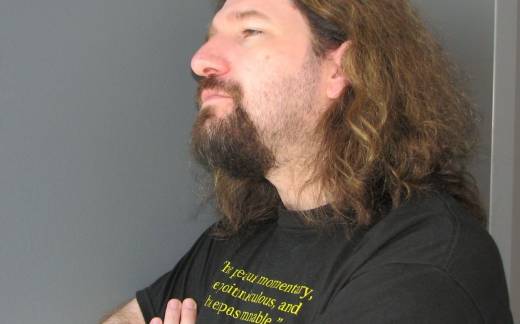 Ted Neward is sometimes referred to as “The Dude of Software,” owing to both his remarkable (some say frightening) resemblance to the Jeff Bridges character from “The Big Lebowski” and his ordination as a Dudeist Minister of the Church of the Latter-Day Dude. He’s also been called the “Dr. Gregory House of Software,” owing to his tendency to pull no punches when talking about software and how to deliver it successfully. He’s comfortable answering to either title, as well as a few others. Ted’s familiar with more programming languages than most people knew existed and hasn’t found one yet that he couldn’t turn into a “mission-critical” application when asked.

He currently labors on behalf of Smartsheet as the Director of Developer Relations, leveraging his speaking and writing experience to bring the joys of cloud-based spreadsheet and project management to the development world. During his more code-focused years, Ted specialized in high-scale enterprise systems, working with clients ranging in size from Fortune 500 corporations to small 10-person shops. He is an authority in Java and .NET technologies, particularly in the areas of Java/.NET integration (both in-process and via integration tools like web services), programming languages of all forms, backend enterprise software systems, and virtual machine/execution engine plumbing.

Ted is the author or co-author of several books, including “Professional F# 2.0”, “Effective Enterprise Java”, “C# In a Nutshell”, “SSCLI Essentials”, “Server-Based Java Programming”, and a contributor to several technology journals. All told, he has written close to a hundred articles in both print and online form.

Ted is also an IBM Champion of Cloud, has been a Microsoft F# MVP (having also been an Architect and C# MVP in prior years), an F# Insider, C# Insider, and VB Insider, INETA speaker, former DevelopMentor instructor, PluralSight course author, frequent worldwide conference speaker, and a member of various Java JSRs.

He lives in the Pacific Northwest with his wife, two sons, dog, four cats, eight laptops, seven tablets, nine phones, and a rather large utility bill.

The Role of an Architect

What is the role of an architect in a software project? This question has plagued many a software organization (and even those who do the job) and provided loads of entertainment. In this presentation, we aim to explore the intersection of software architect with the worlds of architecture, psychology, business, and even music. By the […]