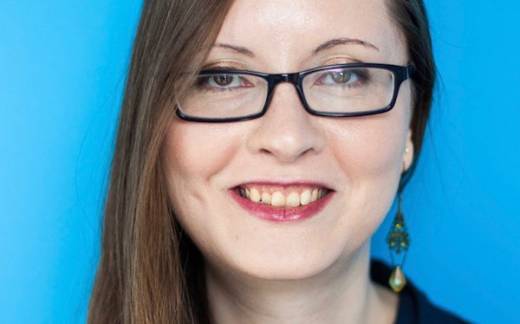 Nara Kasbergen is a Full-Stack Developer in NPR (National Public Radio)’s Digital Media group, where she’s worked on a variety of projects, including the NPR Music homepage redesign and the third-party developer platform for NPR One. She is currently part of a small skunkworks team building custom applications for voice UI platforms such as Amazon Alexa and Google Home. Nara is passionate about Developer Experience (DX), community-building, the intersection of humans and code, and her volunteer work for Open Sourcing Mental Illness, a non-profit organization raising awareness about mental health in the tech industry.

Though she has no noticeable accent, Nara hails from The Netherlands and lived in Munich, Houston, Pittsburgh, Tokyo, and New York City prior to settling down in Washington, DC. In her spare time, she satisfies her foodie habits by trying out all of the best restaurants in the city, collects board games, and watches too much Netflix.

Empathy as a Service: Supporting Mental Health in the Tech Workplace

At any given time, one in five adults are living with a mental illness, such as depression, bipolar disorder, generalized anxiety disorder, substance use disorder, burnout, or ADHD. Statistically, all of us working for an organization with five or more employees have at least one colleague who is affected. At the same time, the tech […]

Do you have questions about mental health? Do you want to know what you can do (for yourself or for someone else?) Do you want to contribute back to the community to help out? Join this round-table discussion on the mental health issues surrounding tech at the moment.

Welcome to the PHP Community

Congratulations! By attending php[world], you are now a full-fledged member of the PHP community. My goal is to make that seem exciting instead of intimidating, especially if this is your first PHP conference (or perhaps even your first tech conference altogether!). But even if you’ve attended php[world] before, there is probably more you can get […]